Often referred to as the Ba Be Lakes, Ba Be National Park was established in 1992 as Vietnam’s eighth national park. The scenery here swoops from towering limestone mountains peaking at 1554m down into plunging valleys wrapped in dense evergreen forests, speckled with waterfalls and caves, with the lakes themselves dominating the very heart of the park.

The park is a rainforest area with more than 550 named plant species. The hundreds of wildlife species here include 65 (mostly rarely seen) mammals, 353 butterflies, 106 species of fish, four kinds of turtle, and the highly endangered Vietnamese salamander. The 233 bird species include the spectacular crested serpent eagle and the oriental honey buzzard. Hunting is forbidden, but villagers are permitted to fish, and the government subsidises the villagers not to cut down the trees. The region is home to 13 tribal villages, most belonging to the Tay minority plus smaller numbers of Dzao and Hmong. 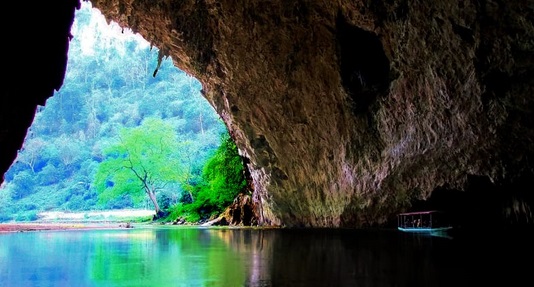 Full Day Excursion to Trang An and Hoa Lu

Half a day cooking class in Hanoi

Hanoi Must see tour in the afternoon